With my system out for sale I am full steam ahead on working on this new setting. The Grand Bazaar will be a pointcrawl or depthcrawl and will involve trying to follow the byzantine rules of the mysterious Sultan who runs the whole infinite market of the Grand Bazaar.

The idea is for most of the shop and cart owners to be relatively normal NPCs having been lost travelers or merchants who just decided to set up shop in the biggest and best market in the multiverse. However if you want the merchants and inhabitants to get a bit weirder, and you should, especially with how weird things can get in the Grand Bazaar, here are 1d100 weird merchants:

If you enjoyed this you can support me by purchasing my system that has similar such bizarre lists in it. You can find that here or here.

Popular posts from this blog 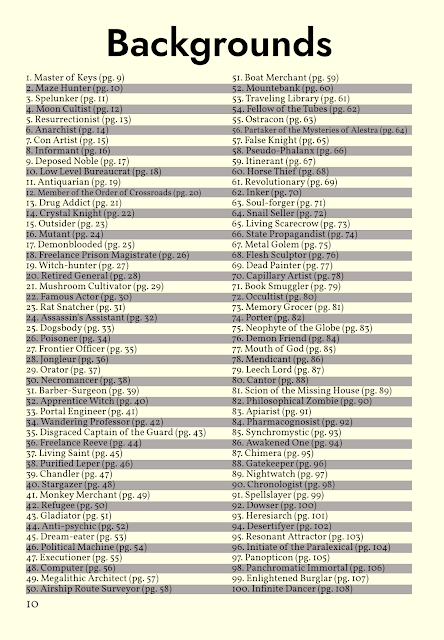 Here are 1d100 weird backgrounds that have led to you becoming a mercenary. Random background tables are something that we can always use more of. These are all found in my hack found here: https://skyorrichegg.itch.io/a-crucible-for-silver Master of Keys A master of keys will often start out as a simple locksmith or perhaps a thief specializing in lock picking. Soon enough they find themselves hoarding keys and lock picks obsessing with the idea of a single perfect, primordial, Ur-key. Their worldview has been changed to one that sees the whole world as a lock in need of key. 6d20 Keys of all shapes and sizes, stuffed into pockets and hanging off their clothing Lock Picking Tools Hammer Runestone Open Key Sketchbook Advantage when lock picking non-magical locks. 2-in-6 chance that they have the key to any lock encountered but it takes 1d60 minutes to find. Maze Expert Hedge, stone, catacomb, cave, dungeon, beehive. If there is a maz
Read more 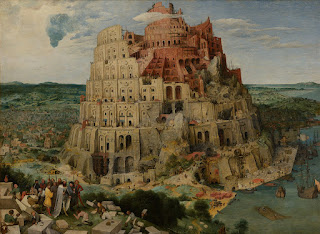 If I could recommend every GM to read an author it would be Jorge Luis Borges. The Argentine author is very concerned with ideas of interest to a typical GM: labyrinths, libraries, infinity, mythology, and the metaphysical. Make no mistake, roleplaying games are an exercise in the metaphysical: a melding of the minds at the table to bring to life the shared fiction. Borges wrote his own mini settings that are ripe for stealing:  The Library of Babel  is an infinite library consisting of identical hexagonal rooms filled with books that consist of every permutation of the text.  The House of Asterion  portrays another maze of seeming infinitude as well as a portrayal from the point of view and motivations of a villain.  The Lottery in Babylon  depicts a society governed by a secret group that preordains the favor and disfavor of all individuals, a metaphor for the randomness of life but one that can also be used literally to great effect at the table.  Borges wrote his own monster manual
Read more

skyorrichegg
Born in Germany. I am an archaeologist, programmer, traveler, writer, and father. I live in Washington State in the US currently.